Such meaning lies in this line. It tells you more about the book than I ever could. But still, I will try.

In the story, the animals of Animal Farm, or Mayor Farm as it was previously called, rebel against their drunk and irresponsible farmer, in the hopes of creating a society where all the animals were treated fairly and equally. They overthrow all humans and decided to run the farm themselves, and for a while, everyone was happy and free. A list called ‘The Seven Commandments’ was made, which laid down the seven primary rules that all animals had to follow. But very soon this ideal society gets destroyed, and all the animals find themselves under the dictatorship of a pig named Napoleon.

The last page of this amazing novel describes men and pigs playing cards together, both of them cheating throughout the game, praising and arguing with each other, and the other animals who stood outside watching the pigs and the men, could suddenly not distinguish between the two.

Now still if you want my opinion of my book, all I will say is that it is definitely worth reading as well as recommending to others. So do read this unique and relatable novel as soon as you can.

See you in my next book worm-ish post! Till then, happy reading!

Hey there, I am Rachel. I am crazy about books, and through my blog - "A Bookworm's Paradise", I try to connect with all the other bookworms out there. View all posts by Rachel

One thought on “Animal Farm by George Orwell (Review)” 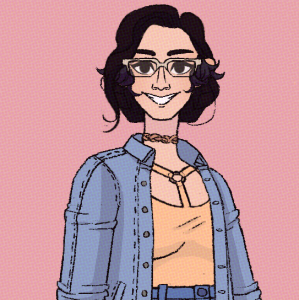 Hello there! I am Rachel, a teenager who loves anything to do with books. I’m an Asian, an Aries and I like math, history and playing badminton apart from reading and blogging. I believe in ~found family supremacy~ and no you cannot convince me otherwise.
Enjoy, and happy reading guys!