Before we go any further, I have some good news – we’ve officially reached 200 followers on A Bookworm’s Paradise! In honour of this, I want to have a Q & A session (in a separate post of course), so please put any questions you may have about me in the comments and I’ll answer them in the coming weeks.

With that out of the way, we are now down to business! This is the second post in a series, in collaboration with the lovely April @Booked Till Midnight, where we review books in a different way because we set them up against our self created hype-o-meter and determine whether or not a popular book is worth the hype! Click here to know all the deets about this series, and here to read the first showdown. Let’s get started!

Title: We Hunt The Flame

People lived because she killed. People died because he lived.

Zafira is the Hunter, disguising herself as a man when she braves the cursed forest of the Arz to feed her people. Nasir is the Prince of Death, assassinating those foolish enough to defy his autocratic father, the sultan. If Zafira was exposed as a girl, all of her achievements would be rejected; if Nasir displayed his compassion, his father would punish him in the most brutal of ways. Both Zafira and Nasir are legends in the kingdom of Arawiya–but neither wants to be.

War is brewing, and the Arz sweeps closer with each passing day, engulfing the land in shadow. When Zafira embarks on a quest to uncover a lost artifact that can restore magic to her suffering world and stop the Arz, Nasir is sent by the sultan on a similar mission: retrieve the artifact and kill the Hunter. But an ancient evil stirs as their journey unfolds–and the prize they seek may pose a threat greater than either can imagine.

The first thing you’ll notice about We Hunt The Flame is the brilliant worldbuilding. The author has somehow managed to make the atmosphere so lush, so vivid that it felt as if the atmosphere had come alive. The book is set in a rich, ancient Arabia-inspired world and I could picture it all in my head.(swirling sands here, biting snow and ice there – honestly the perfect setting) (Pro of being a language nerd and reading a book with snippets of a foreign language: I now know about 4 words of the Arabic language *applause please*) (Also I have taken quite a liking to Arabic expressions and curse words so do not be surprised if you see a the occasional rimaal, khara, and laa in my posts)(okay I am gonna stop with the parentheses now)

Next, all the elements of this new fantasy world – Arawiya, are introduced. Somehow, even some of the info dump did not seem like an info dump, in fact I wanted to drink it all in and everything from the history (the Sisters and such) to the five caliphates and their respective ‘curses’ intrigued me. Way to go!!

“We hunt the flame, the light in the darkness, the good this world deserves.”

I couldn’t do justice to this review without mentioning the characters. This book had exceptionally well-crafted characters and I fell in love with every single one of them. Our female protagonist, Zafira was shown initially as a balanced, collected personality, but as the story progresses we slowly unravel her outer layers and see the true, intense emotions and memories inside. The same could go for Nasir, our male protagonist. Everybody, look up, because THIS is how you write a perfect morally grey character. GIVE ME ALL THAT INNER ANGST. Kifah is our badass, no-nonsense exiled princess who also happens to be the one to say the iconic “We hunt the flame dialogue”. And Benyamin, our arrogantly wise safi who… *chokes and bites back a sudden sob* who looks down on all mortals but slowly comes to care about our zumra over time.

And now I would like to formally dedicate an entire paragraph to Altair al-Badawi, a certain conundrums-loving general who stole my heart. He was (literally) the sunshine to Nasir’s grumpiness, and their banter was *chef’s kiss*. Altair reminded me a little bit of Jesper, but then again, he was unlike any other character I’ve ever seen before. I mean, that character development?? I went from wanting to kill Altair myself to smirking at his jokes to praying Nasir wouldn’t kill him to being all NOOOO about him in the end (don’t worry he doesn’t die… its something worse *evil laugh*) Not surprisingly, he goes on my list of favourite characters (wait I have a list? Of course I do. No I don’t. Shut up internal dialogue.) Bottom line – this man was amazing in every way.

“I’ll have to introduce you by saying, ‘He’s not always this grumpy. Then again, he’s one of those people who talks less and murders more’.”

It looks like Faizal collected all of my favourite tropes and other elements and wove them into a story. Found family!!! Enemies to lovers!!! Slow burn!!! Knife-to-throat trope!!! Witty dialogue and banter!!! (in other words – a guide to make Rachel fall in love with a book) You know how I am generally criticizing certain books *cough* the young elites *cough* for their lack of dialogue? And how y’all might have thought such a book doesn’t exist? Make way, because here comes the book with outstanding dialogue, just the way I love!

Finally, we come to the plot (I really need to learn how to sequence and prioritize). The story follows our zumra (arabic for a group), a bunch of characters who couldn’t be more different from each other, who set out on a journey through a cursed island to retrieve a book that’s supposed to restore magic to their kingdom. Oh, and one of them is an assassin who’s supposed to kill the rest. Pleasant, right? Yes I thought so.

What happens when we pit this brilliantly executed story with settings and atmosphere inspired from ancient Arabia with a totally cool cast of characters and just the best tropes against the hype-o-meter? Why, it wins of course. 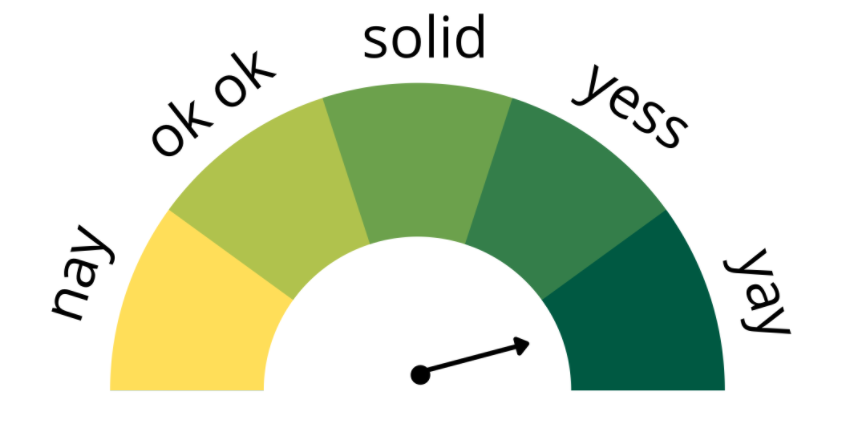 But what did April think about the whole thing? Did she love the book as much as I did? Click here to find out!

Oh and before you go, could you take out a minute and fill this feedback form for my blog? Please and thank you. Here’s the link – https://forms.gle/CYkBpZXUm4hsuJQm8

Have you read We Hunt The Flame? What would you rate it on the hype-o-meter? Which is your favourite fantasy set in Asia? Let me know in the comments!!

Hello there! I am Rachel, a teenager who loves anything to do with books. I’m an Asian, an Aries and I like math, history and playing badminton apart from reading and blogging. I believe in ~found family supremacy~ and no you cannot convince me otherwise.
Read more about me here!

CATEGORIES IN THIS BLOG!

"It was books that made me feel that perhaps I was not completely alone. They could be honest with me, and I with them."

Musings of a Bookworm

A slightly quirky, introverted teen with a love of books, cats and writing

Where books are bliss!

read diverse books all year round