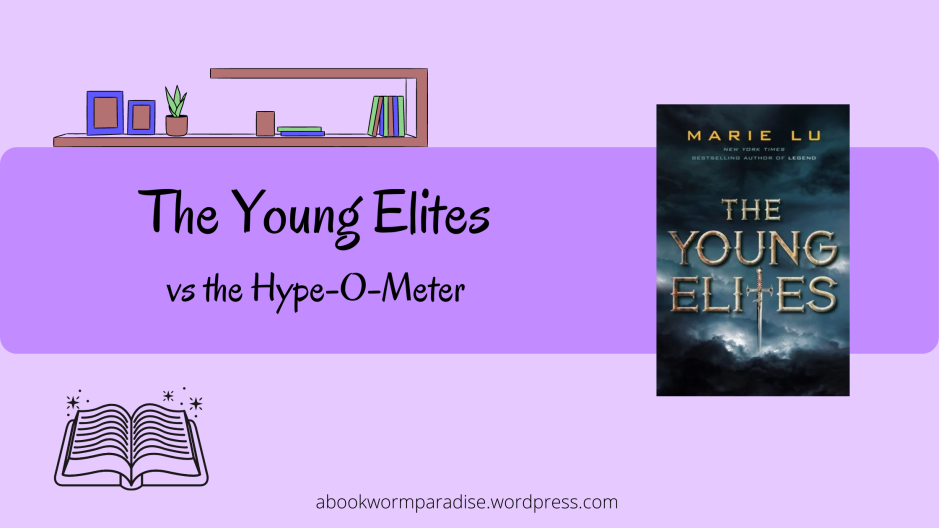 Guys I have news for you, I redesigned my blog!! (yet again) It now has a new theme, a new header image and other stuff. If you haven’t seen it yet, hop out of your reader and go check it out!

And today we have a much anticipated (for me, but I hope it was for you too haha) post with us – the first in a collaborative series with April @Booked Till Midnight in which we pit popular books against our very own hype-o-meter. (have no clue what is going on? take a look at the introduction to this series here and here)

The first book we (buddy) read for this series was none other than The Young Elites by Marie Lu! Let’s see how it fared against the hype-o-meter.

I am tired of being used, hurt, and cast aside.

Adelina Amouteru is a survivor of the blood fever. A decade ago, the deadly illness swept through her nation. Most of the infected perished, while many of the children who survived were left with strange markings. Adelina’s black hair turned silver, her lashes went pale, and now she has only a jagged scar where her left eye once was. Her cruel father believes she is a malfetto, an abomination, ruining their family’s good name and standing in the way of their fortune. But some of the fever’s survivors are rumored to possess more than just scars—they are believed to have mysterious and powerful gifts, and though their identities remain secret, they have come to be called the Young Elites.

Teren Santoro works for the king. As Leader of the Inquisition Axis, it is his job to seek out the Young Elites, to destroy them before they destroy the nation. He believes the Young Elites to be dangerous and vengeful, but it’s Teren who may possess the darkest secret of all.

Enzo Valenciano is a member of the Dagger Society. This secret sect of Young Elites seeks out others like them before the Inquisition Axis can. But when the Daggers find Adelina, they discover someone with powers like they’ve never seen.

Adelina wants to believe Enzo is on her side, and that Teren is the true enemy. But the lives of these three will collide in unexpected ways, as each fights a very different and personal battle. But of one thing they are all certain: Adelina has abilities that shouldn’t belong in this world. A vengeful blackness in her heart. And a desire to destroy all who dare to cross her.

It is my turn to use. My turn to hurt.

If The Young Elites was to be described in one word by me, the word would have been NO. I know it lacks eloquence, but I cannot find a better way to get my point across. The plot was a no, that characters were a no, the overall atmosphere was a no. Hey hey, don’t come at me with war hammers and pitchforks just yet, I’ll try to explain it all.

There was absolutely nothing unique about this book that separates it from 10476 other young adult fantasies out there. It’s almost like it was screaming “I am a typical fantasy that everybody got tired of long back” in every single page. People with magic are hunted? Check. Secret magical society? Check. Fire-boy? Check. Rebellious prince? You wouldn’t believe it, but unfortunately, check.

Normally, I am all for morally grey characters, but I took a dislike to Adelina, our very morally  grey main character right from the beginning. She was everything I hate in fictional characters – confused, self-pitying, often contradictory and repetitive, and of course, she had no idea how to sort her priorities and made bad decisions all the time. Our other main character, Enzo wasn’t much better either. The only character I actually cared about a little was Lucent, and guess what, only her name gets mentioned and that too perhaps half a dozen times in the book. Ever heard of character development?? Anyway, more on that later.

The basic essence of the book doesn’t make sense, to be honest. Are you telling me this entire story takes place because our main character accidentally kills people?Is that even possible? If I wanted to sum up the plot of the book it would go – Oh, Adelina kills people by mistake and cries about it later, no biggie.

What breaks my heart the most is the fact that this book truly had the potential required to make me fall head over heels in love with it – the elites were all that were needed to execute a beautiful found family trope. And there was SO much scope for more dialogue and witty banter between the elites. But do we get this? Nope. What we get are sorely underdeveloped characters (what do we ever get to know about Raffaele except a description of his clothes and mask? And with Lucent and Emma and Michel, we didn’t even get that) with absolutely zero sassy dialogue.

The next paragraph contains spoilers. Read at your own risk.

I do not know what exactly I was expecting in the end. Perhaps I was looking for something extraordinary, something that redeems how bad the rest of the story was. The actual ending was far from extraordinary, and maybe this book would have got a much higher rating from me if that end hadn’t been there.Like of all the mistakes she has done and all the people she has killed, Adelina kills Enzo instead of Teren? Are you kidding me?? 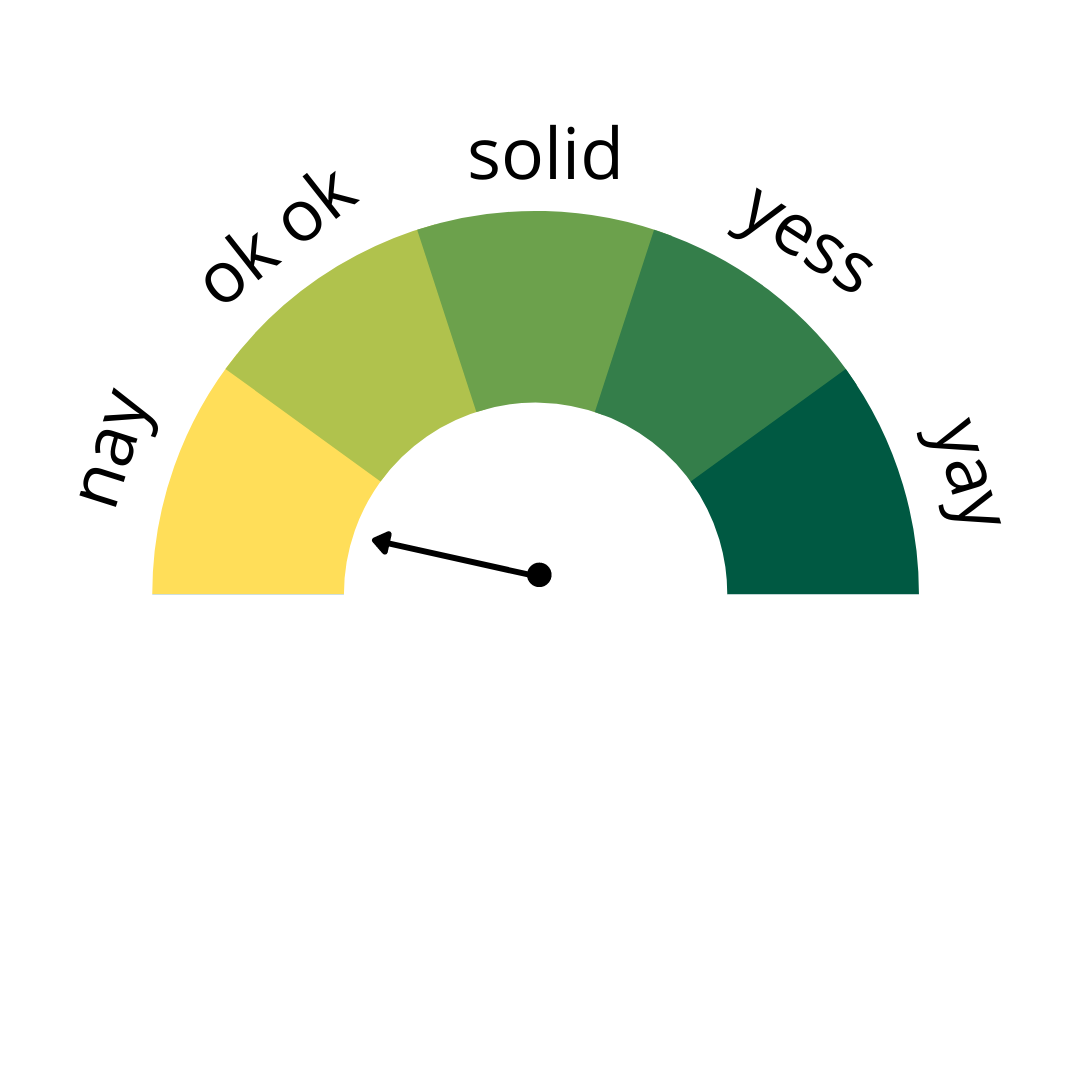 Soo. That definitely did not go as expected. The hype-o-meter vanquished the Young Elites without a second glance. Tough luck.

Oh, and that’s not all! Click HERE to read what April thinks about The Young Elites!

Have you read The Young Elites? What would you rate it on the hype-o-meter? Let me know in the comments!