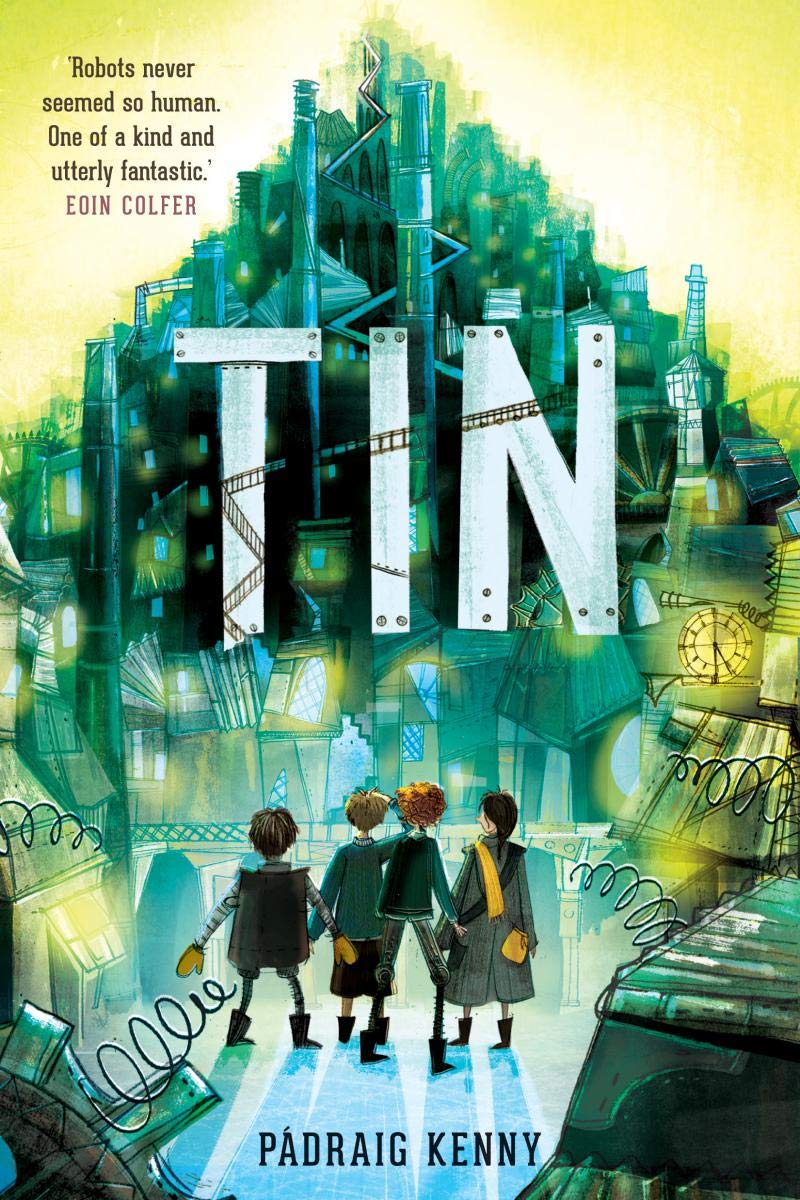 Hey there bookworms! I haven’t written a proper review in ages, so here I am with a review of a book that I finished just this afternoon (6th January).

This will be a non-spoiler review so even if you’ve not read the book, you can very well read the review. I will be including a couple of quotes from the book in the middle as well, just to make this review more interesting. Oh, and I would be giving my rating in stars right at the end of the post.

Christopher is ‘Proper’: a real boy with a real soul, orphaned in a fire. He works for an engineer, a maker of the eccentric, loyal and totally individual mechanicals who are Christopher’s best friends. But after a devastating accident, a secret is revealed and Christopher’s world is changed for ever… What follows is a remarkable adventure, as Christopher discovers who he really is, and what it means to be human.

First of all, there was a HUGE twist in the beginning of the book itself, and this is quite uncommon, at least I personally have hardly come across books like this before where everything turns upside down right at the beginning. A plus point here.

After the first few chapters, the chapters started alternating between Christopher and the others (Jack, Rob, Gripper, Manda, Estelle, Cormier), so while Christopher was the main character, equal focus was given to other characters as well. I felt this made the story more interesting and happening.

I felt that Rob was meant to be a likeable character, given his cheerfulness in every situation, but for some reason I didn’t like him and he felt quite annoying at times to be honest.

There were two characters I would have liked to know more about. Estelle (for obvious reasons! We were told too less about her), and Richard Blake (why would he still want to impress his late father, who used to hit him for doing what he loved the most?).

There were a couple of things that were left unexplained throughout the book, for instance, it felt like there was something significant about Cormier’s killing of the beast that was guarding the Diviner, but nothing was said about that later. If this was intentional, it definitely did not work out as well as the author might have wanted.

The author did a good job at making the reader disgusted by Blake (he is the antagonist) though another thing regarding this was left unexplained – Blake’s initial attitude towards Christopher.

The redemption arc was pretty well handled too.

And finally, the ending was fabulous. After everything the characters had gone through, they deserved the happy end that they got.

Okay, so I made a lot of points there. My final say would be that do definitely give this book a try, if you are a sucker for strong friendships.

Have you read this book? What did you think of it? And if you haven’t, was my review helpful in deciding whether you want to read it? I would love to know all your thoughts in the comments section! See you there!

Hello there! I am Rachel, a teenager who loves anything that has to do with books. That includes rambling about them for hours on end, which is exactly what I do over here! Join me as I explore new worlds through books!!